A rapidly growing Downtown neighborhood will soon be getting a new green space that will be paid for by a local developer.

Last week, local dignitaries were on hand to trumpet a new project that will turn a vacant parcel along Coles Street between 16th and 18th streets into a proper park. The neighborhood, which goes by a variety of different names depending on who you ask (we’ll leave that up to our readers), has seen massive development approvals in recent years.

Manhattan Building Company is one of those developers with a stake in the area and they will be spending $2 million to construct Coles Street Park. The 1.5-acre space, drawn up by Jersey City-based Urban Architecture LLC, includes a stage for live music and events, an enclosed playground, two separate dog runs, and open areas featuring various landscaping and decorative lighting.

The land the future park is being built on was acquired as part of the approval process for Hoboken Brownstone Company’s 305 Coles Street development. Manhattan Building Company is required to construct the park as part of the first phase of the Emerson Lofts development, which we extensively profiled last year following its approval.

Manhattan Building Company recently obtained a $168 million construction loan towards Emerson Lofts and demolished a portion of the structure earlier this year. Coles Street Park is completely financed as part of a community benefit agreement with the Jersey City Redevelopment Authority.

Jersey City Mayor Steve Fulop, who was present at the groundbreaking, praised the deal. “We have been committed to expanding the Jersey City parks and this is another step in that direction,” he said in a statement. Sandy Weiss, President of Manhattan Building Company, echoed the sentiment.

“We are extremely excited to commence the construction of Coles Street Park,” Weiss said. “This park is exactly what the residents of the neighborhood need and deserve. We are grateful to have a forward-thinking administration that recognizes the need for preservation of open space, especially in an urban setting.”

The upcoming park is located across the street from the SoHo Lofts and Cast Iron properties and Mayor Fulop says construction is anticipated to take eight months, meaning the greenery could be open in time for next summer. 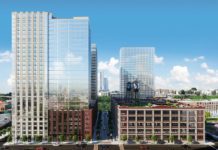 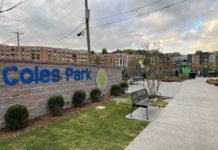 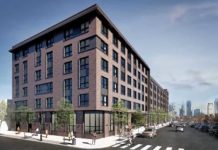