Plans to bring a mixed-use development with housing for senior citizens to a property in Union City appear to still be advancing.

Nearly two years ago, Jersey Digs reported that a complex with 101 units was in the works for 720 8th Street. The property, which is located between Summit and Central Avenues not far from Jersey City, includes a surface parking lot and the United States Postal Service’s Summit Avenue Post Office.

Under RPM Development Urban Renewal, LLC’s proposal, a six-story building with two levels of parking and ground floor retail space would be constructed on the premises, according to a legal notice from earlier this month.

A proposed ordinance calls for approving a financial agreement with RPM for the project. The notice states that RPM, which was designated as the redeveloper of the tract back in 2017, is the contract purchaser of the premises and applied for tax exemptions.

This ordinance, which is similar to one that was proposed back in 2018, was introduced to the Union City Board of Commissioners on March 24.

The notice claims in part that “the Board of Commissioners finds that the requested tax exemptions will benefit the City and its inhabitants by furthering the redevelopment of the Property which had remained underutilized and in disrepair for many years, and that the benefits would substantially outweigh the costs, if any, associated with the tax exemptions.”

A hearing on the matter was scheduled to take place during the board’s meeting on Tuesday, April 14 at 7:00pm at the North Hudson Islamic Educational Center, according to the notice. However, despite concerns over COVID-19, Union City’s municipal website indicates that the meeting is expected to proceed at Union City High School, though public comment is also being accepted in writing.

Those who attend the meeting “will be required to wear a mask and keep a safe social distance,” according to the municipal government.

UPDATE: Union City’s municipal website now states that this meeting has been canceled. 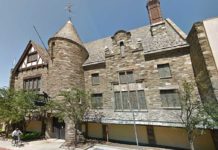 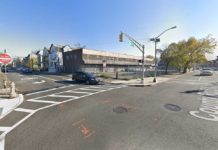 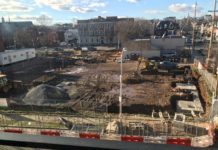 After Years of Planning, Lantana Affordable Redevelopment Rises in Newark