A proposal to bring a new development to a group of properties situated a few blocks south of the federal government complex in Newark could soon advance.

“Vacant properties used for construction equipment storage will be developed with a mixed-use building including 1,458 square feet of ground floor retail space, eight levels containing 92 apartments, and ground floor amenities for the apartments,” according to an August 3 report from Dolan & Dean Consulting Engineers, LLC.

The development would also include 13 parking spaces and a roof garden.

Site plans from OCA Architects, Inc. that were submitted to the City of Newark show that there would be 14 two-bedroom units and that three types of one-bedroom units would make up the remaining 78 apartments.

More than two years ago, the Newark Municipal Council passed a resolution authorizing the sale of 333, 337, and 339 Mulberry Street plus 17, 19, 21, and 23 Scott Street to the developer for the negotiated price of $200,000. At the time, the project called for “approximately 90 units of affordable and market rate housing” along with one commercial space.

This application is scheduled to go before the Newark Central Planning Board during a Zoom meeting on Monday, August 17 at 6:00 p.m.

Note to readers: The dates that applications are scheduled to be heard by the Newark Central Planning Board and other commissions are subject to change. 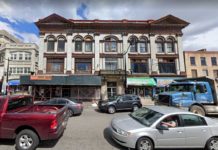 Tax Abatement for Newark’s Metropolitan Building Redevelopment Up for Approval 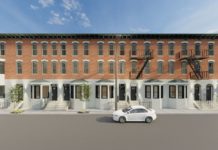 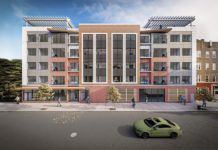