Hudson-Bergen Light Rail (HBLR) commuters are used to hearing “This is the train to West Side Avenue” over the loudspeaker, but those announcements will likely disappear for nine months starting later this year. If you travel on the HBLR from the West Side Avenue, Martin Luther King Drive, or Garfield Avenue stations in Jersey City, get ready for major changes to your commuting plans.

New Jersey Transit (NJT) revealed yesterday that these three stops on the West Side Avenue branch of the HBLR are slated to go without light rail service between June 1 of this year and March 1, 2020. A legal notice from the Newark-based agency states that the reason for the proposed shutdown is because of what lies under the train tracks: a sewer force main.

The Jersey City Municipal Utilities Authority needs to conduct emergency repairs to this underground pipe, according to the notice, requiring light rail service to be suspended in the meantime in the affected area.

In lieu of light rail vehicles, NJT says that it is planning to provide a replacement bus service for customers. Shuttles would run from the West Side Avenue, Martin Luther King Drive, and Garfield Avenue stations directly to the Liberty State Park station in Bergen-Lafayette, where light rail service will continue to be available. There would also be buses between each of the three stations, the notice states.

Public hearings have been scheduled on Thursday, March 7 at the Gilligan Student Union Building on the campus of New Jersey City University. NJT representatives will reportedly be available to listen to customer feedback regarding the proposed service changes from 2:00 p.m. to 4:00 p.m. and between 6:00 p.m. and 8:00 p.m. Input can also be sent via mail, email, and to this link in advance of the hearings.

Light rail service on the West Side Avenue branch began nearly 20 years ago and plenty of residential developments have been proposed as of late near the branch’s three stops in Jersey City. Trains that begin at West Side Avenue terminate at the Tonnelle Avenue station in North Bergen, passing through Downtown Jersey City, Hoboken, Weehawken, and Union City along the way. There are also long-term plans to extend HBLR service west of the West Side Avenue station to the proposed Bayfront project site across Route 440. 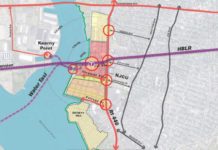 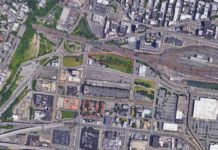 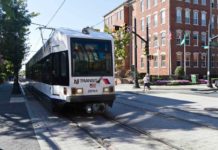