Jersey City’s western expansion is showing no signs of slowing down, with the city’s Lafayette neighborhood the latest to reap the rewards of revitalization.

Approved by the city’s Planning Board last week, a new project at 100 Monitor Street combines six currently vacant lots that will be transformed into a 308-unit rental building. The development will have 2,980 square feet of commercial space on the ground floor and also sport 8,000 square feet of office space, which will serve as the Jersey City Redevelopment Agency’s new home.

100 Monitor Street is being developed as a joint venture between Hoboken-based Ironstate Development and Jersey City-based Landmark Developers. According to Landmark, the building will feature a pool, fitness center, and landscaped garden area.

Because the proposed building is located in the Morris Canal Redevelopment Area, it isn’t required to include any parking spaces. However, the developers will be including 85 covered parking spots anyway, a number they see as sufficient as they believe many of the building’s new residents will be using mass transit.

The project is located in an area that has great potential but lacks polish or much of a cohesive flow. It’s somewhat of a “no man’s land” between Liberty State Park and Lafayette’s more prominent areas and there’s actually two other mostly vacant parcels on the same block as 100 Monitor, including one of Jersey City’s most prominent abandoned warehouses at 125 Monitor Street down the block.

But the mass transit near the project is pretty great, as the Liberty State Park Light Rail Station is just steps away and the neighborhood is serviced by several bus lines. In addition, Liberty Science Center and Liberty State Park’s 1,000+ acres of green space are within walking distance. It’s also a short walk from the property to both Lafayette Park and the newly-completed Berry Lane Park.

There have been signs of life in the area with the Baker Building and businesses like Grind Coffee opening earlier this year. There’s also a project in the works from Pronti Construction in the neighborhood. And with an existing retail corridor along both Communipaw and Pacific avenues and some great historical buildings and institutions like 660 Studios, Lafayette truly is an area that begs to have its gaps filled in.

Ironstate and Landmark both bring a wealth of experience to the project, as Landmark brought Liberty Harbor Restaurant to life and Ironstate is currently hard at work on Urby Harborside, 235 Grand Street, 90 Columbus and a Marriott Residence Inn hotel on Marin Boulevard. They both look to capitalize on Lafayette’s potential and will break ground at 100 Monitor Street early next year. 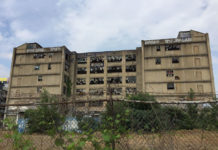 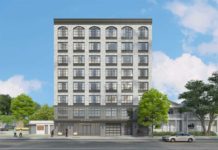 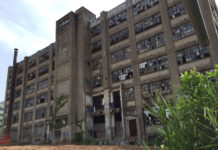