When the Prudential Center opened a decade ago in Downtown Newark, many local officials had hoped it would be a catalyst for a renaissance near the sports and concert venue. While economic conditions following the recession may have slowed that rebirth, the area around the arena is now coming to life in a big way.

Projects like a renovation to the Central Graphics Arts Building are happening and the city’s dining scene has started to take off too, with everything from a Redd’s Biergarten to an Ainsworth outpost opening near the arena. Now, another restaurant is coming to nearby 11 Clinton Street, and live music will be a big part of the experience.

Taking the place of Duke’s Southern Table, the new spot is dubbed simply Eleven Clinton, and the restaurant’s slogan is “smothered blues.” The food at Eleven Clinton will be upscale southern-style and the eatery will morph into a jazz and blues nightclub during evening hours, a unique entertainment option for locals that follows the opening of Clement’s Place lounge that opened at 15 Washington Street last year.

Eleven Clinton, which has a full liquor license, held a three-day job fair late last month to hire their staff and will be welcoming music fans soon. Per a sign at the property, they will officially be opening their doors tomorrow, November 14th, at 11 AM. Future updates about the restaurant can be seen on their Facebook page or at the Instagram handle @elevenclinton. 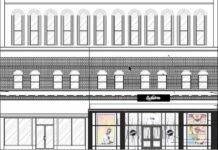 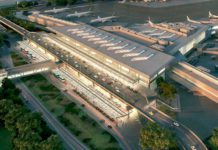 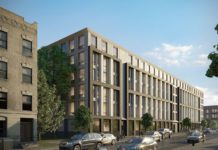