The coronavirus pandemic has had the appearance of upending real estate markets around the country, but data compiled by a leading home equity loan company suggests that both the Garden State and neighboring NYC have weathered the storm amid the upheaval.

RenoFi recently released an analysis that dives into the impact that COVID-19 has had on real estate markets in each state and throughout the country’s 50 biggest cities. The company looked at how home prices have changed since a national emergency was declared in March 2020, comparing them to where they fell in September last year.

The data, which was sourced from Zillow, shows that house prices nationwide have continued their pre-pandemic upward trajectory and have risen an average of 2.80% over the span. The average American home was priced at $250,000 in March and climbed to $257,000 by September.

New Jersey’s home values have shot up 2.91% since COVID-19 began, an increase that ranks the state 26th in the country. The rise ranks just below neighboring Pennsylvania (3.02%) but is higher than New York’s 2.13% increase.

Turning to data compiled regarding the country’s 50 largest cities, RenoFi notes that there has been a strong shift in attitudes toward the workplace and remote working. “Many are now realizing that they don’t need to live so close to their workplace and are moving out to the suburbs,” the study notes.

While New Jersey did not have a city that registered on the company’s analysis, there is some decent news for the Big Apple in the numbers. Despite some characterizing it as a “ghost town,” home prices in New York City have gone up 0.92% since the pandemic began, a number some would argue is better than anticipated all things considered.

As part of the study, RenoFi also compiled data that attempts to project where home prices in every state will fall by the year 2030. The company notes that house prices in the U.S. have risen over 48% in the last decade and if that trend continues, the average American home will be worth $382,000 by 2030.

New Jersey is projected to have the 17th highest home price in the country in 2030, with an average of $389,180. California homes are projected to be the priciest in the country at $1.04 million and other West Coast states also ranked high, with Hawaii, Washington, Colorado, and Utah rounding out the top five.

Massachusetts was the highest-ranked East Coast state at number nine in terms of estimated 2030 home prices, coming in at a projected $626,935. New York City’s estimated home price in ten years clocked in at $964,101. 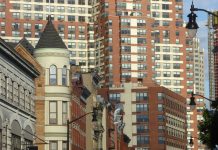 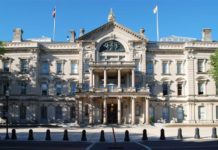 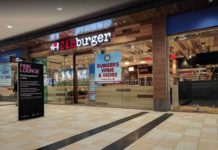 Zinburger is Permanently Closing Most of Their Restaurants