Rail transit has always played an integral role in Jersey City, Hoboken, and beyond, a legacy that continues today with the PATH and Light Rail systems. But around the turn of the 20th century, an elaborate series of streetcars throughout Hudson County revolutionized how residents got around, and a few relics from the past can still be spotted by those looking closely.

In the early 1860s, several burgeoning transit businesses were combined to form the North Hudson Railway Company. Hillric J. Bonn was named the company’s first President in 1865 and if that name sounds familiar, you might have seen it on Weehawken’s Bonn Place, a side street along the top of the palisades that’s named after him.

When the company first started laying tracks, many of their lines were cable-powered, later being converted to electric as the technology advanced. Their trains ran through many of Jersey City and Hoboken’s most notable roads, including north-south tracks along Grove Street between ferry terminals in Hoboken and Jersey City and an east-west line that spanned much of Newark Avenue from the waterfront to the Five Corners intersection.

The company also constructed a Washington Line in Hoboken, which operated up and down that city’s main thoroughfare from Lackawanna Terminal to 14th Street. While much of the county’s terrain was relatively flat and made building the tracks easy, one major obstacle, the Palisades cliffs, created the biggest challenge for the North Hudson Railway.

However, the unique terrain led to perhaps their greatest achievement. Around 1886, the company built what they dubbed Hoboken Elevated, a line that left from the second floor of Lackawanna Terminal and went westbound on an elevated trestle along Ferry Street, now known as Observer Highway. The cars were then pulled up into The Heights neighborhood by a wagon lift system that was constructed right next to Pohlmann’s Hall on Ogden Avenue.

A.H. Ringler, author of History of the North Hudson County Railway, remarked that the elevated line was “the kind of structure which stands today as a model of engineering skill, overcoming the greatest difficulties of building an iron structure ninety-eight feet high.” At the top of the cliff, the company built a trolley house on Palisade Avenue, which stands to this day and is used as offices. Passengers would change there to a new line that opened in 1892, which ran through Central Avenue southbound, eventually dead-ending near Newark Avenue and the Hudson County Courthouse.

The company built several other systems to deal with the topography, including an elevator along their Eldorado Line that connected Weehawken’s West Shore Ferry Terminal to a streetcar line atop the cliff. Several other rail lines including one along Park Avenue in Weehawken and another that ran from Edgewater to the old Palisades Amusement Park rounded out the company’s portfolio.

After running the streetcars for decades, the North Hudson Railway Company was bought by Public Service Railway in the early 20th century. However, trolley service was eventually abandoned on all lines by the end of the 1940s, as the advent of cars made the system obsolete.

All the elevated railway portions were eventually torn down, including the Hoboken Elevated, which was completely demolished by 1950. But the recent construction of Hoboken’s Southwest Park unearthed some history, as a brick footing from the elevated line was discovered during excavation work. 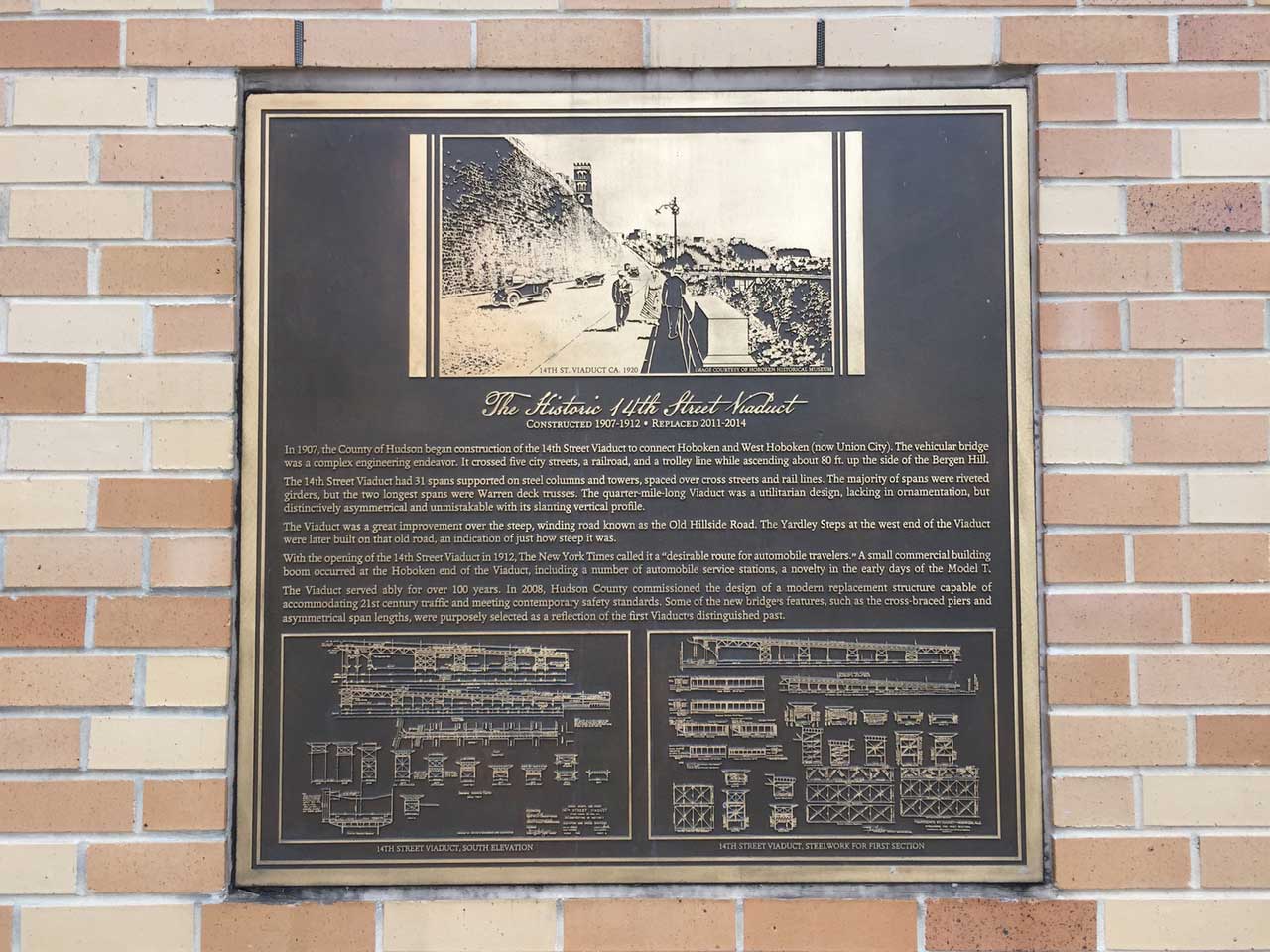 There are a few other remnants of the system that are still around today besides the aforementioned Trolley House. A portion of the company’s system near Hoboken’s 14th Street Viaduct, constructed in 1912 around the existing Union Hill line, was listed on the New Jersey Register of Historic Places and a plaque was placed on the structure following a renovation back in 2014. Additionally, leftover tracks along Hoboken’s Hudson Place cobblestones trace the path of the trains that once rumbled from Lackawanna Terminal many decades ago.