Jersey City recently took a step towards seeing Liberty Science Center’s massive SciTech Scity project come to fruition, although the move was not without controversy.

The $280 million project, arguably the most game-changing development in Jersey City and hoping to break ground next summer, seeks to transform 16 mostly vacant acres of land adjacent to Liberty Science Center into a technology district. When completed, it will feature a new public K-12 School, a research facility called Edge Works, a hotel, and a 266-unit residential community known as Scholars Village that will house graduate level students.

At the City Council’s March 22nd meeting, members voted 6-3 to transfer 12 acres of land for the project to the Jersey City Redevelopment Agency. The JCRA then intends to deed the property over to SciTech Scity for $10, which critics described as a “give away” during an intense meeting.

The development itself would be funded privately by donations and venture partners and under the deal, the city would share revenue generated from SciTech Scity. Once the complex earns a surplus beyond $78 million, Jersey City would initially get 50 percent of the revenue and when the value of the land is paid off, their share would drop to 20 percent.

Whether this is a land grab or an investment in the city’s future depends on who you ask. Critics of the deal say that during a time of an impending city-wide revaluation and concern over property taxes, city-owned land shouldn’t be transferred for essentially nothing. Even a council member who supported the project admitted that the development is not going to make money for a while.

But in a Q&A with the Van Vorst Park Association, Mayor Steve Fulop defended both the project and LSC’s investment in the community. He says that SciTech Scity will create new construction and permanent jobs in Ward F and “define Bergen-Lafayette as the home of the premier science center in the region.”

Fulop also strongly dismissed the idea that the council’s move is a land gift, saying the city will benefit as partners under the shared venture. “The project will generate revenues for the non-profit,” he said, arguing that over time, the city will eventually get more than the appraised value of the land under the deal.

“This is truly a joint venture, but the City is protected in every scenario including ultimately getting value for the property beyond all of the other important benefits,” Fulop said. “With all that said, our goal is not about making money here, but about further strengthening our city,” he added.

Per Fulop, selling the property for maximum dollars as some have suggested would mean high-rises and thousands of apartments would go up at the property. “Our administration doesn’t believe these plans are in the best interest of all residents with regards to the potential we have in creating a citywide asset like SciTech city,” he said.

The city is also protected if the project never gets built, as control of the land would revert back to the JCRA in that scenario. The next move for SciTech Scity involves the Jersey City Municipal Utilities Authority, who own an additional 4 acres of land that will house the project and are preparing to transfer it to the JCRA, which could happen as early as their April 27th meeting. 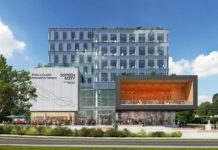 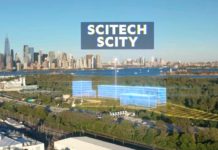