Three properties that are owned by the City of Newark could soon be in the hands of a developer.

The Newark Municipal Council adopted a resolution on November 5 authorizing the private sale of 768, 770, and 772 Bergen Street in the South Ward for $47,250 to Weequahic-based PGH & Associates, LLC, according to the Newark Legislative Research Center.

The resolution states that the properties, which are located in the Lower Clinton Hill neighborhood near West Runyon Street, have an assessed value of $165,000. PGH & Associates, LLC is reportedly expected to construct a mixed-use building with 21 apartments and two commercial spaces.

The 7,875-square-foot site has long sat undeveloped. New Jersey Transit buses 39 and 99 to Newark Penn Station and Belleville stop directly in front of the premises, which are situated near the Clinton Branch of the Newark Public Library and Belmont Runyon Elementary School.

Filings from the New Jersey Division of Revenue and Enterprise Services show that PGH & Associates, LLC was formed in January 2019. Pamela Grier-Hines was listed as the initial registered agent on the certificate of formation, which also noted that “the purpose for which this company is organized is to carry on any lawful business, purpose or activity, including but not limited to residential housing and daycare center.” 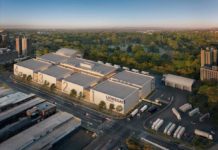 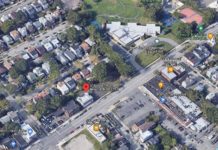 Development Could Be Built on Lyons Avenue in Weequahic, Newark 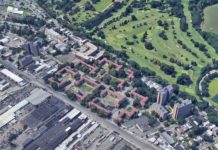