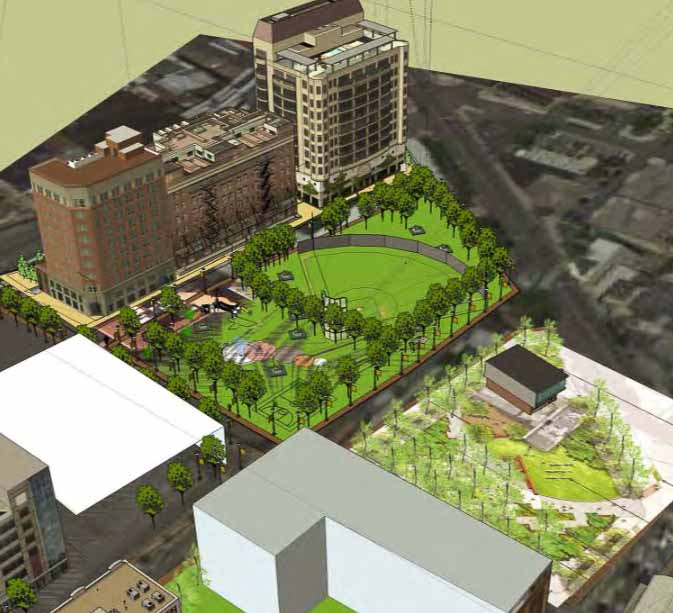 The southwest entrance to Hoboken is probably the city’s most eclectic area and while there’s a park under construction and some noted growth, there’s also a fair amount of vacant structures like an old Rey Foods meatpacking facility and the former Windsor Wax building.

But at a special meeting last week, the City Council unanimously passed the Southwest Redevelopment Plan, which could expand the Southwest Park, bring a hotel to the neighborhood and create additional retail amenities. The plan’s area spans about 17 acres near the Jersey City border and the land, currently zoned for mostly I-2 Industrial use, is owned by about 20 different entities.

The latest scheme is a long time in the making. The zone was designated an “Area in Need of Rehabilitation” back in 2012 and in 2015, a landowner meeting was held and residents also voiced what they wanted to see via a city-sanctioned survey. Maser Consulting then drew up the plans, which divides the area in subareas A through F that all generally adhere to R-3 Residential density standards. 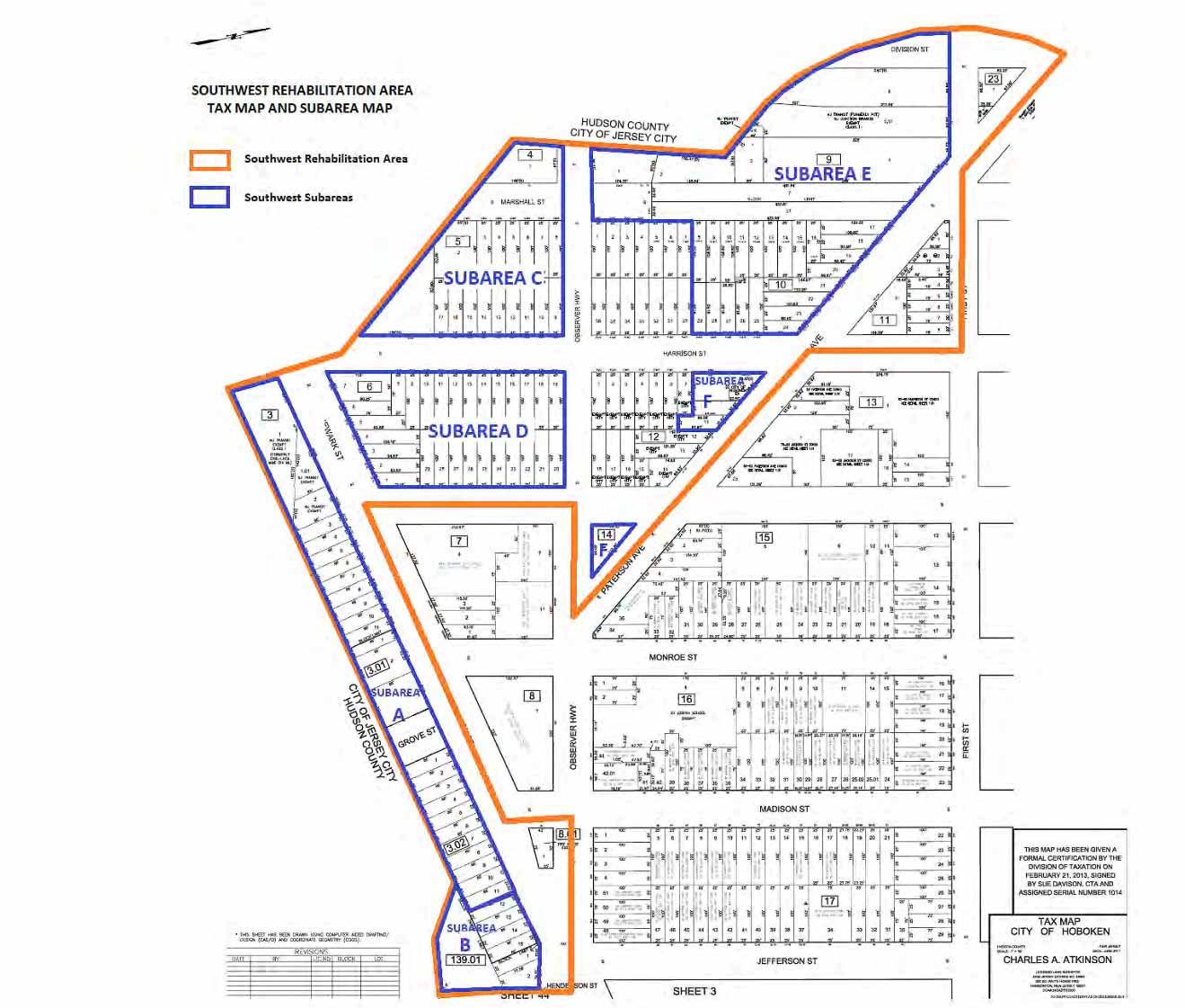 Subarea A, which runs along Newark Street, calls for low-density mixed-use projects with rear alleyways along the tract, which abuts properties owned by NJ Transit. Subarea B, at the corner of Newark and Henderson Streets, envisions an extended stay hotel at the site, which could rise as high as 160 feet if retail and office space are included in the project.

Subarea C hopes to facilitate a parking garage with retail at the existing Hoboken Business Center, while Subarea D is set aside for urban manufacturing and looks to preserve or add to the existing Chambord Place mixed-use building. The plan will relax some regulations to allow microbreweries, hydroponic gardening, artist studios, and other unique uses at the property. And finally, subarea F will be zoned for commercial retail.

Subarea E is where about an acre of land could be added to the Southwest Park, and maybe more. The Council last week approved an offer of just under $4 million to purchase the parking lot parcel from owner Academy Bus, who have sparred with the city over the property in the past. But if Academy agrees to expand the park even further north from that point in the future, the redevelopment plan allows them to transfer part of the allowed density to a more western parcel they own and potentially build taller buildings that max out at 110 feet.

An overhaul of roads in the area is also included in the plan, as Jackson Street will be expanded to two northbound lanes by eliminating on-street parking and a bike lane. Paterson Avenue will also be converted to westbound only and Jersey Avenue/Newark Street will go from two lanes to four, although the county would have to sign off on a few of the changes.

The city’s entire Southwest vision will be an “overlay plan,” meaning existing uses under the current zoning can continue if desired by property owners. Most new buildings under the revamped rules would be limited to about 40 feet in height and a maximum of 392 residential units could be constructed. Per the plan, all new developments shall be designed to LEED Silver standard or better and the city’s 10% affordable housing ordinance applies to the zone.

The Council did make two last-minute amendments to the plan; one allowing restaurants as a conditional use in the zone and the other clarifying that the city could use part of the Southwest Park land to extend Marshall Street at some point. It now gets sent to the Planning Board, who can make recommendations before the council votes on finalizing the changes.