In the month since Phil Murphy became New Jersey’s governor, whether the Garden State will follow states like Colorado and Oregon by legalizing recreational marijuana has been on the minds of many public officials and their constituents. However, even if marijuana ends up becoming legal for anyone in the state who is 21 or older, you will not be able to manufacture or purchase it in one Hudson County community.

The Union City Board of Commissioners voted on Feb. 13 to adopt an ordinance that will prohibit the operation of facilities that cultivate, manufacture, test, or sell marijuana within the community’s 1.28 square miles. The ordinance states that this decision was made “for the preservation of the public health, safety and welfare of the municipality and its inhabitants,” according to a legal notice, adding that “the City has determined that businesses that sell and distribute medicinal and recreational marijuana require special concern for security.”

Union City’s move to ban the cultivation, manufacturing, testing, and selling of marijuana is the first of its kind in Hudson County. The viewpoints of officials in America’s densest city stand in stark contrast to those of Steven Fulop, the mayor of neighboring Jersey City, who tweeted last month that he supports legalizing marijuana and is working with the city’s Planning Department “to clean up JC zoning laws so that we can get ahead of where we’ll allow/not allow dispensaries, grow facilities etc.”

However, Union City’s decision is not unprecedented among municipalities statewide. Multiple suburban towns, including Point Pleasant Beach and Hasbrouck Heights, have already approved of similar measures while councils in other communities are considering whether or not to do so. 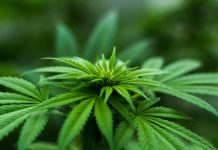 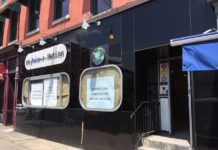 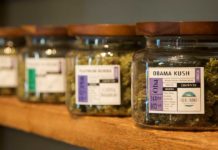