A Maryland man with a litigious history and an oft-stated desire to run a train line has filed a lawsuit seeking to derail Metro Plaza’s redevelopment, claiming that old Conrail tracks that formerly occupied the property were never legally and properly abandoned.

The seeds of the lawsuit were planted last year when plaintiff James Riffin, a colorful railway enthusiast, filed a notice with the federal government stating his desire to acquire the entirety of the abandoned Harsimus Branch rail line that runs through much of Jersey City. A portion of that line ran on the Metro Plaza site, although the tracks were demolished when the property was redeveloped in the early 1990s.

Jersey City’s building boom has led Forest City Ratner to redevelop the property, which they kicked off earlier this year by breaking ground on Hudson Exchange West. A total of 11 towers could eventually occupy the site. But Riffin filed a lawsuit late last month in U.S. District Court to put the brakes on the project, naming Forest City Ratner, several of their subsidiaries and Metro Plaza owners G&S Investors as defendants.

Riffin, who is representing himself in court, claims that federal law bans Forest City from building on the property because they are “non-rail carriers” who are prohibited from “acquiring any legal interest in a line of railroad…without prior authority from the Surface Transportation Board.”

It’s unclear if Conrail ever did properly and legally abandon their tracks that were near Metro Plaza, as their record on that point is inconsistent. A Federal Judge ruled in 2013 that the company did not correctly abandon tracks on the 6th Street Embankment, but Conrail did properly declare a section on 10th Street abandoned, which allowed LeFrak’s Embankment House to be built. Conrail themselves have not commented on the case and, somewhat oddly, aren’t named as a defendant. 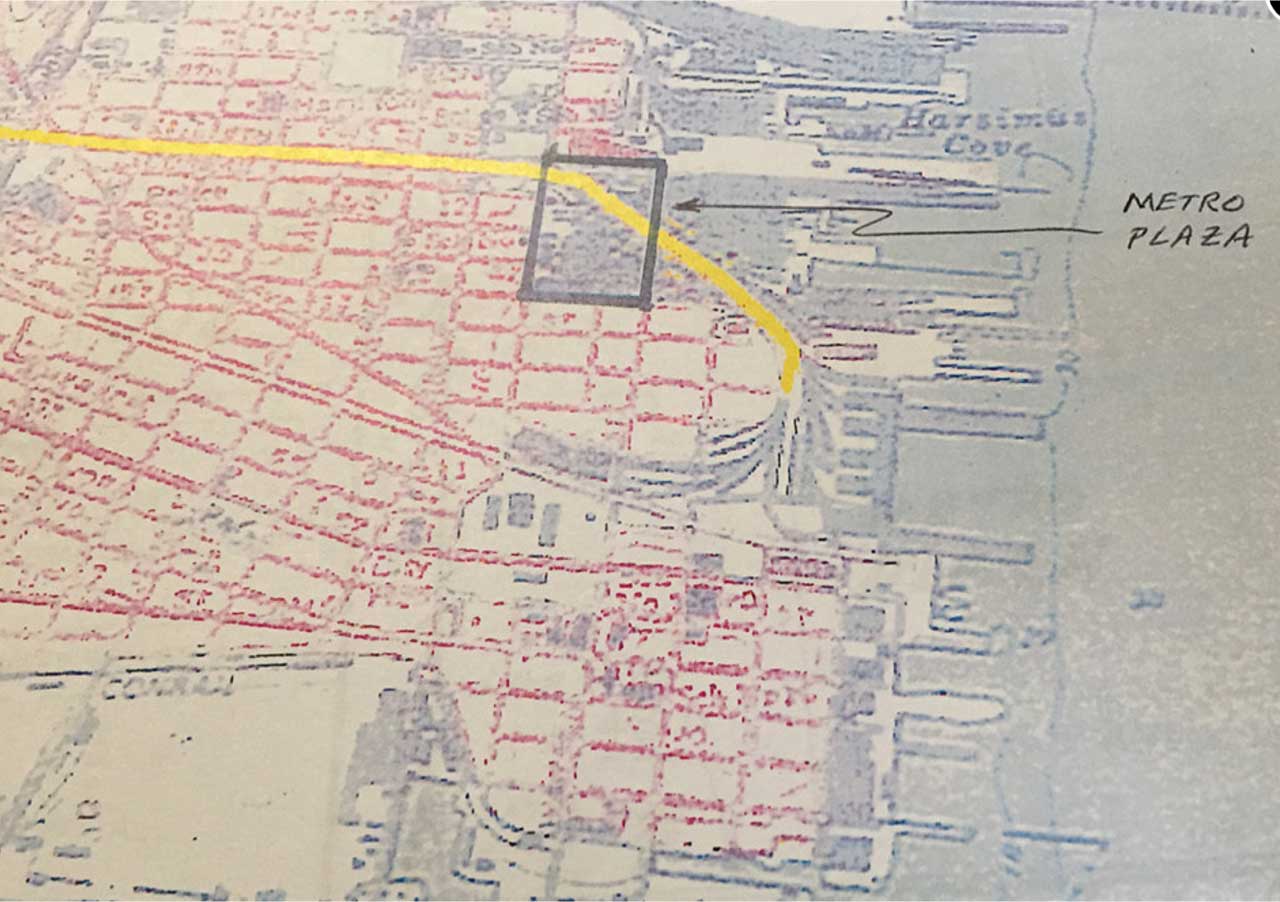 Riffin included a map in his complaint’s exhibits estimating where the rail line ran, but he requests that the court hold an evidentiary hearing “to determine the precise location of the seven lines of railroad that crossed Henderson Street.”

Click here to read the full text of the lawsuit.

A licensed attorney with a Masters from the University of Pennsylvania’s Law School, Riffin has filed dozens of mostly losing lawsuits and appeals over the last two decades, most of them stemming from property he owns just outside of Baltimore he wishes to operate a rail line on. He’s had criminal charges filed against him by authorities over, among other things, “malicious property destruction” and also had an environmental lawsuit brought against him by Maryland officials, eventually being fined $36,000 for performing clearing and construction on his land without a permit.

Riffin also spent nearly two weeks in Baltimore County Detention Center in 2008 for contempt of court over not posting a $250,000 bond. A District Court in Maryland also threw out eight of his lawsuits in a 2007 ruling and wrote that “Riffin’s use of federal litigation to stonewall efforts by local authorities to enforce state law is abusive and this Court declines to facilitate those efforts any further.”

Regardless of the latest lawsuit’s merit, Forest City doesn’t appear phased by it, as work on Hudson Exchange has continued to hum along since Riffin’s filing on July 20th. Time (and legal fees) will tell if any of Metro Plaza’s evolution is disrupted by the case.