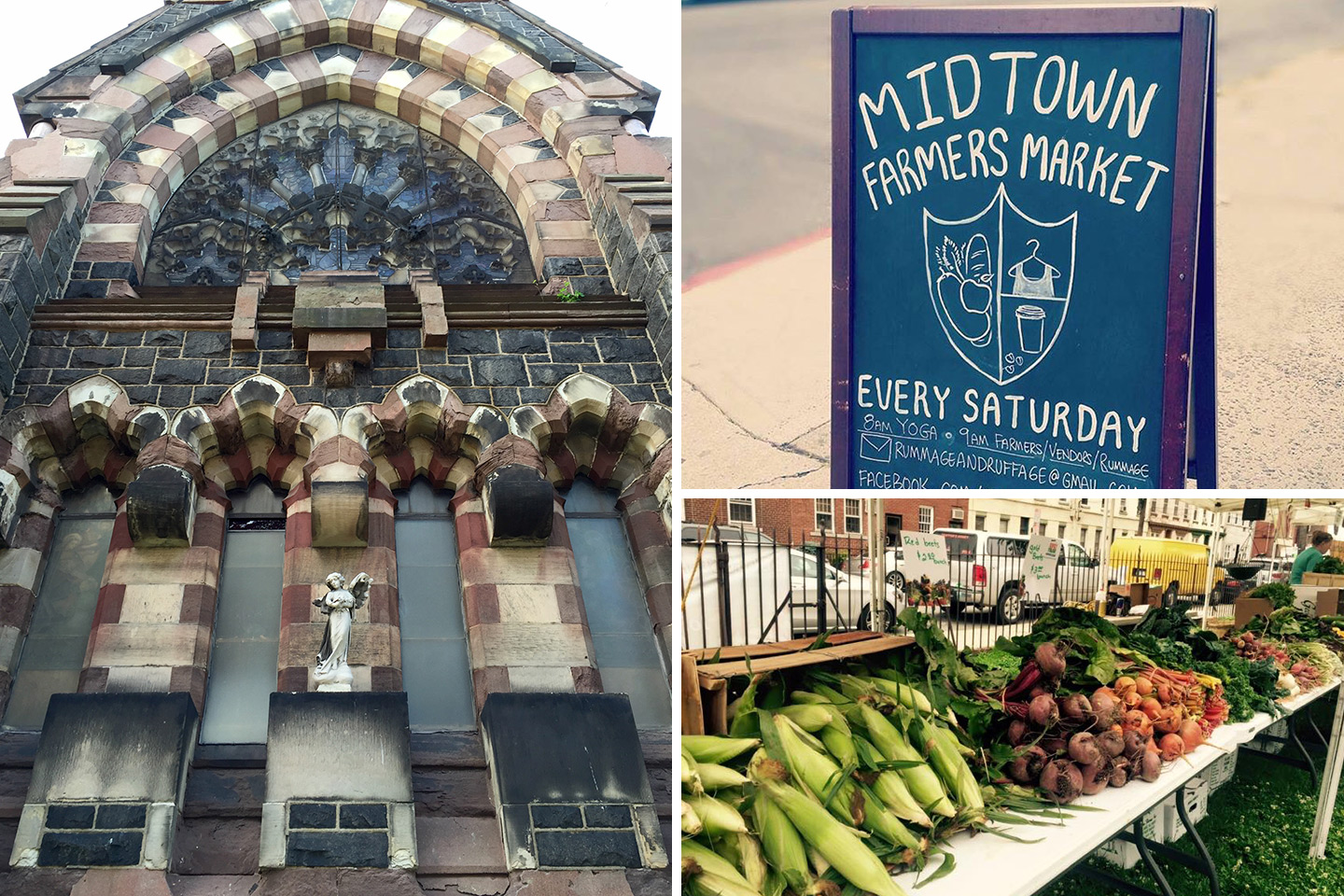 On June 4th, a unique farmers’ market that’s raising money to fix up a Gothic-style church starts its second season, with the group behind it looking to improve upon last year’s positive results.

The market, dubbed Rummage & Ruffage, takes place on the lawn of Hoboken’s Church of the Holy Innocents. It differs from the average farmers’ market due to its “rummage” component, where individuals can rent a table for $20 and sell their items yard sale style. The market also offers $10 ‘bring-your-own-mat’ yoga classes every Saturday before the market opens.

However, no farmers’ market would be complete without great vendors. In addition to sustainable produce courtesy of Stony Brook Meadows Farm, meat vendor Bone In Foods has signed on to this year’s market, as well as Gourmet Fruits and Nuts and Uncle Bud’s Sauces.

Additionally, the market is in the process of finalizing deals with a fresh juice vendor, an empanadas vendor, and a flower vendor, among others. Coordinator Erin Stehli says that last year’s version of Rummage and Ruffage raised $10,000, which the Friends of the Holy Innocents committee hopes to start putting to good use soon. She says the congregation is in the process of forming a plan that would renovate the main building of the church for use as something akin to a community hall, which could potentially host an indoor market, music events, weddings or parties.

The church itself was first created as an Episcopalian congregation in 1872. Its location, at the intersection of Sixth Street and Willow Avenue, was initially chosen for its proximity to Hoboken’s poor, intended as a church for Italian and German immigrant families living in nearby tenement buildings. When first opened, it charged patrons no “pew fee” to attend services, a rarity for the time.

Commissioned by Martha and Col. John Stevens and designed by renowned architect Edward Tuckerman Potter, the church was completed in 1874 and operated until the early 1980s. Added to the National Register of Historic Places in 1977, it has been used sporadically in recent years as a seasonal Christmas tree lot.

Stehli says that while the building is structurally sound, the two biggest concerns are the roof and the north wall of the building, which is slowly separating from the rest of the church. The committee should have a plan for renovations of the church in three months when a historical architect they are working with completes his study of the building.

Luckily for Friends of the Holy Innocents, they have a member named Frederick Cooke, who’s an architect at C + C Architecture. He told Jersey Digs that while the committee is still early in the process, they are working on getting a Certificate of Occupancy for the building and have done some work modernizing a bathroom at the church to meet ADA guidelines, also upgrading electrical and emergency lighting at the facility.

Cooke says the committee is still trying to get a handle on the budget for the church’s total restoration. “We have heard numbers from $5 million to $16 million tossed around over the years,” he says.

In the meantime, Rummage and Ruffage’s market runs every Saturday starting in June through September. Yoga on the lawn starts at 8AM, while vendors open at 9AM. Those interested in reserving a table for the rummage portion of the market can contact [email protected]

Friends of the Holy Innocents also has a website that will be going live in a few weeks and the market can followed on Facebook and Instagram at the handle @rummageandruffage for updates. 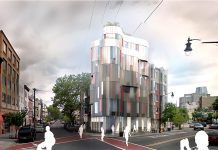 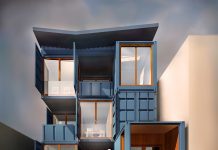