Officials in Hudson County’s southernmost city have drawn up a proposal to better connect two prominent waterfront developments that will now be reviewed by the state.

Bayonne Mayor Jimmy Davis recently revealed plans to connect sections of the waterfront walkway between South Cove Commons and the Peninsula at Bayonne Harbor complex. The plan, first reported by TapInto, would construct a bridge near the entrance to Bayonne Golf Club’s walkway and connect to a path that runs along the southern side of the former Military Ocean Terminal property.

The neighboring sections of the city’s waterfront are currently not linked, forcing those on foot to walk back to busy Route 440 if they wish to go between them. Davis says the city has already submitted the plan to the state’s Department of Environmental Protection and is awaiting further instructions from officials.

The proposed bridge would fill what is currently a gap in the Hudson River Waterfront Walkway, a state-mandated plan to facilitate an 18.5-linear-mile public pathway from the George Washington Bridge to the Bayonne Bridge. While much progress had been made installing the continuous walkway plan since it was established in 1988, Bayonne has by far the most gaps of any municipality along the Hudson River.

Large portions of the city’s eastern waterfront are home to current or former industrial sites, although much of the city’s west side features waterfront access along Newark Bay. An estimated timeline for filling the waterfront walkway gap via the proposed bridge has not been announced. 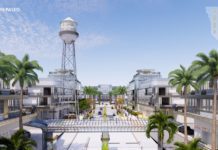 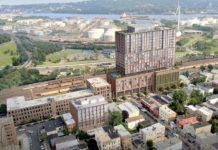 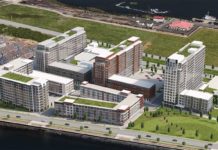