The $230 million Rebuild By Design project, which aims to curb flooding in parts of Hoboken, Weehawken and Jersey City, hit another major milestone late last week when the Department of Environmental Protection announced what they’ll be building and what it will look like, although the benefits of the undertaking are still a few years away.

The project, one of the largest flood mitigation efforts in the county, was first conceived by the U.S. Department of Housing and Urban Development following Hurricane Sandy. Various cities in the Northeast submitted applications as part of a competition to promote projects that aimed to improve the resilience of urban coastal areas. 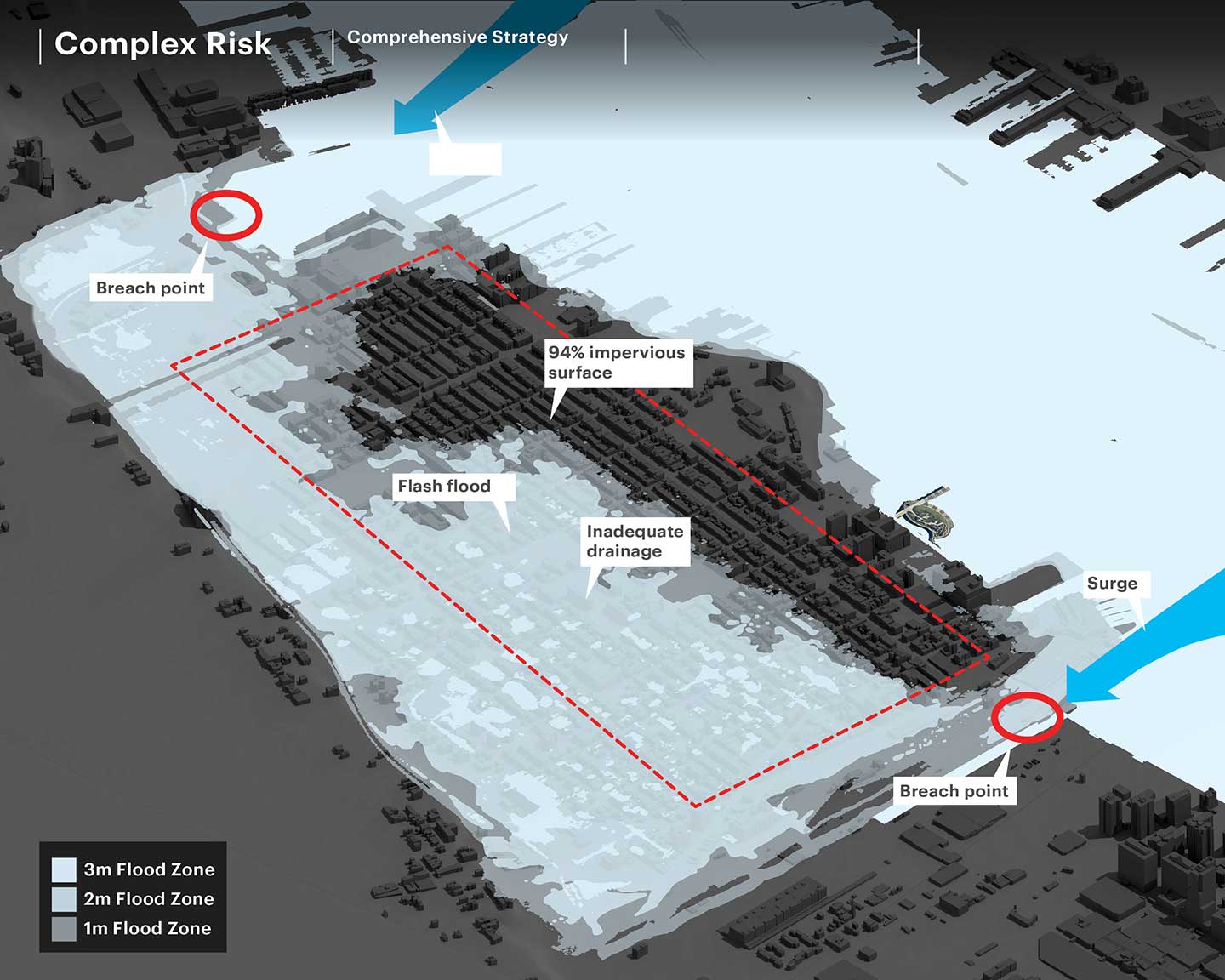 Hoboken’s application was awarded the massive funding back in 2014 and several community meetings have been held about the project since, a few of which became a little contentious. Over time, the meetings had discussed three options to protect Hoboken’s northern and southern borders, which are low-lying areas that acted as funnels for Hudson River flood waters during the storm.

A meeting last Thursday night at Stevens Institute’s DeBaun Auditorium saw DEP and local officials announce that “Alternative 3” was selected as part of the proposal, which will protect about 85 percent of the city’s buildings from future storms. The plan calls for the construction of a flood resistance structure stretching from 19th Street in Weehawken and extending south into Hoboken, slightly inland from the river and into Harborside Park. The project will then turn east up an alleyway between 14th and 15th Streets.

The DEP says Alternative 3 will be designed to blend in seamlessly with the already existing urban streetscape and will scrap the proposed flood walls that were included in other choices, which had been a concern for critics of the program. Instead, the chosen option will utilize natural higher ground to maximize flood protection and include floodgates in certain areas. Athletic fields, basketball courts and playgrounds also appear to be in the plans. A 360-degree view of what the finished product will look like was made available on the DEP’s website on Friday. 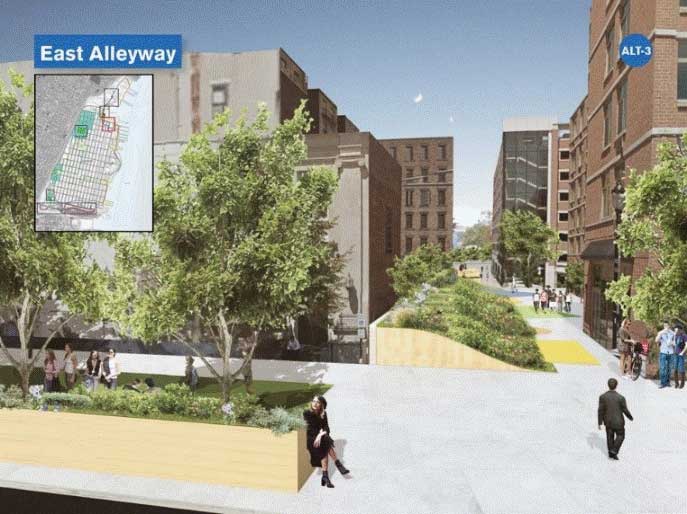 The project will also bring some relief to the Hoboken/Jersey City border. The southern end of the resist structure has two options on the table, one running west along Observer Highway and another running west through the New Jersey Transit rail yard and into part of Newport. The DEP says they are reviewing two alignment options for this structure and should determine which one to use in that section at some point next year.

Hoboken Mayor Dawn Zimmer, a strong supporter of the project, praised the DEP’s choice. “Rising seas, stronger storms, and skyrocketing flood insurance costs are no longer hypothetical threats for Hoboken, and we have a unique opportunity to address them,” she said in a statement. “I agree with the consensus reached for Alternative 3 because it protects the vast majority of our city while integrating with our urban fabric and preserving access to our beautiful waterfront.”

DEP officials say that the chosen design can be built using the existing funds already in place. In a statement announcing the decision, Assistant Commissioner David Rosenblatt said that Alternative 3 “provides the most cost-effective level of protection from storm surge while preserving waterfront access and views of the river and New York City skyline, goals [that were] expressed by the communities.”

The DEP will now finish up planning and environmental studies for the project in the coming year. Proper construction on Rebuild By Design is expected to begin in 2019 and should take about three years to complete.