Jersey Digs
[the_ad_placement id="mbl-header-grp"]
Home Caldwell A Haven for First-time Homeowners, Caldwell is the Fastest-growing Municipality in the...

Sitting at a coffeehouse in downtown Caldwell, I saw with my own eyes what I had been hearing about the town. High school students hyped up on sugary drinks, young children drawing stick figures on napkins, and Caldwell University students making froth art from behind the counter. The town is not only getting younger, but more diverse, said Dan Sgarlato, owner of Rock N’ Joe, who opened his shop 15 years ago.

Homes in Caldwell, which sold last year for an average of $447,000, are drawing more first-time homeowners who want to live in a diverse place with a thriving downtown, but are priced out of nearby towns like Montclair. Young families with children are moving in while empty-nesters are cashing in on a seller’s market and moving out. That, coupled with the rental market, has allowed this one-square-mile town to become the fastest-growing municipality in Essex County without any major redevelopment projects.

“We are the unusual combination of a town that has a high percentage of rental units and yet is more stable than many urban places that have high rental percentages,” said Thomas Banker, borough administrator.

Along Bloomfield Avenue, storefronts are being restored to their Victorian splendor, including two neoclassical bank buildings. First came the Grover House. Then The Wilson was scrubbed down to the original limestone. Vacant for more than a decade, it now has a bridal shop, a photography studio, and a neighborhood art gallery.

“We never have tenants before we begin a project,” said Bob Silver, founder and CEO of the Bravitas Group, owner of the two bank buildings. “We build them and we think they will come — and we filled those buildings immediately.”

Founded in 1787, Caldwell was named after a Revolutionary War chaplain, James Caldwell, and the township still shows signs of its religious beginnings  — the spire of the First Presbyterian Church reaches higher than any building downtown. The parsonage beside St. Aloysius Roman Catholic Church was once the home of minister Richard Falley Cleveland and his wife Ann Neal. It is now a historic site as their son would grow up to become the only U.S. president born in New Jersey — Grover Cleveland.

When the town came of age in the Victorian era, it was separated from the nearest city, Newark, by miles of forests. For decades, Caldwell was a little world of its own. It still maintains that independent streak. The family-owned bars, restaurants, even a greasy-spoon diner, have what residents need to stay close to home on the weekends. How many towns do you know with a comic book store?

“The younger generation appreciates the fact that they can walk to a restaurant or hardware store from their home,” said Joe Scotto, a realtor at Caldwell-based Century 21 Cedarcrest.

Holly Martins, a realtor who moved with her family into a side-hall Colonial built-in 1906, said the secret to the small town’s growth — with 9,000 residents for the first time in its history — is her bonds with neighbors. The pandemic was a significant enough ordeal. Then, in the midst of it, a six-year-old Caldwellian, Bella Pagnotta, was diagnosed with leukemia. Pagnotta’s grandmother, Pamela Manfro, began a fundraiser for medical treatment and the donations poured in, doubling the goal. Pagnotta passed shortly after and the town held a motorcade past her home.

“There is a sense of community here that you don’t find in a lot of places anymore,” Martins said. “I didn’t know that when we moved in but I certainly learned that over the last year.” 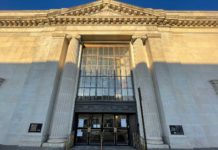 Historic Bank at Five Corners in Montclair to be Redeveloped