A large empty lot in the center of a business district in Jersey City’s Ward F could possibly become the site of a mixed-use development.

For decades, 174-178 Martin Luther King, Jr. Drive between Stegman Street and Wegman Parkway has sat undeveloped in the midst of a dense section of the Greenville neighborhood. Located a block away from Audobon Park, the site briefly contained Friends of the Lifers Youth Corp.’s community garden a few years ago, which brought a piece of farmland to the heart of the city. However, although it recently returned to its previous state as a gated vacant tract, this city-owned property could soon contain a building for the first time in generations.

Records from the Jersey City Redevelopment Agency (JCRA) show that a six-story development has been proposed for this site in the Jackson Hill Redevelopment Area. Should it be approved by the Jersey City Planning Board, the building would include 25 residential units on the top five floors with 2,700 square feet of commercial space occupying the first floor. In addition, 16 parking spaces would be provided on the premises. The apartments would be a mixture of two-bedroom and three-bedroom units.

Within the next 3.5 months, the developer must submit an outline of the project’s methods of construction, a timeline, identification of any partners and contractors, and a list of funding sources.

The company behind the proposal is Webb Washington Community Development Corporation (WWCDC), which is run by LaVern Webb-Washington, according to the FBI. During its meeting on Jan. 16, the JCRA Board of Commissioners voted to designate WWCDC as the redeveloper of this property and neighboring 204 Stegman Street. Jersey City Council President Rolando Lavarro, Jr. abstained from the vote.

Although Webb-Washington is known for having run for Jersey City Municipal Council, being involved in the development of the Webb Apartments in Bergen-Lafayette, and giving away clothing to local children, she has also made headlines for her guilty plea in the Solomon Dwek federal corruption probes. 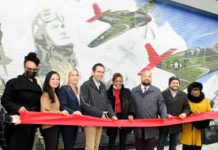 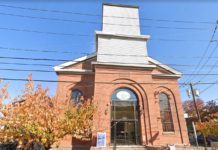 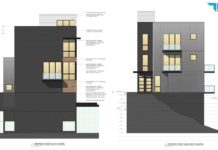