Residents in one of Monmouth County’s most popular towns will soon see a new development rise at an underutilized parking lot that is sandwiched between major retail corridors and waterfront river views.

Denholtz Properties acquired the site last year after several developers were unable to execute in the past, quickly bringing aboard Livingston-based firm Rotwein+Blake to design the project. Southbank at the Navesink has an elevated riverfront location and is set to feature floor-to-ceiling glass panels that will provide panoramic views of the Navesink River and Marine Park.

Six of the development’s units will offer single-floor living that will max out at 2,496 square feet, while four duplex penthouses are set to span over 2,900 square feet of interior living space plus private terraces.

“Since moving our headquarters to Red Bank in 2019, we have sought to make a positive and lasting impact on the Borough through visionary real estate projects such as Southbank at the Navesink,” said Steven Denholtz, CEO of Denholtz Properties. “Although this property has proved difficult to redevelop in the past, we knew its location paired with our experience would allow us to create something truly unique.”

Denholtz Properties is currently wrapping up work on a 57-unit mixed-use development called The Rail at Red Bank near the town’s train station. That community is slated to open later this year, while Southbank at the Navesink is scheduled for completion during the fourth quarter of 2022. 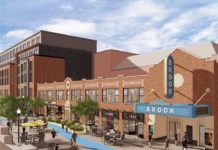 Groundbreaking Set for 143-Unit The Rail at Bound Brook 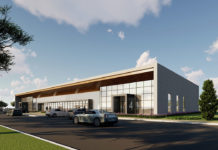