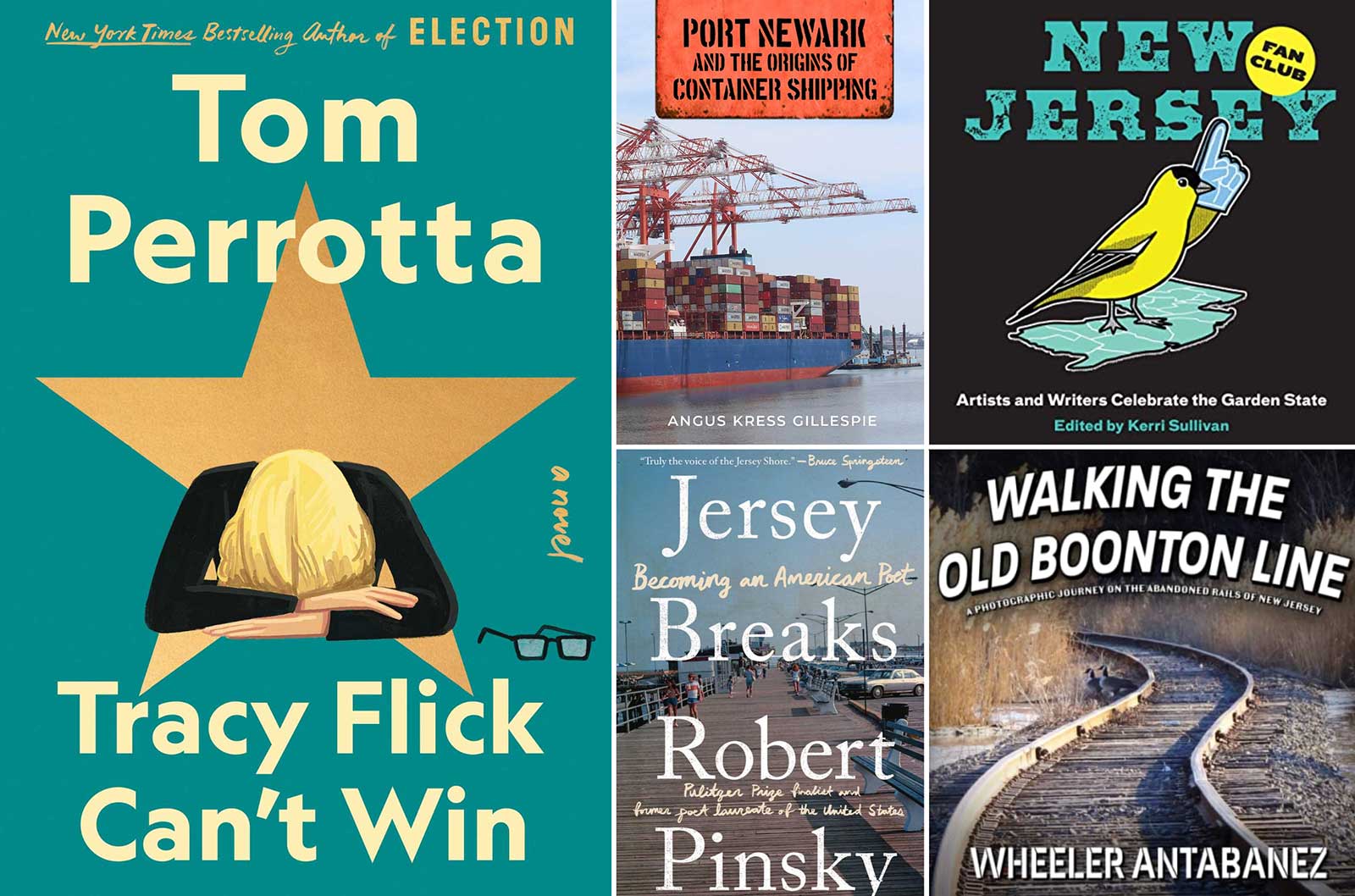 From a poet laureate’s autobiography to a bestselling author’s sequel, this was a good year for books about New Jersey. Here’s a look at the titles we’re still talking about. These books will make the perfect holiday gift for the New Jersey aficionado in your life! 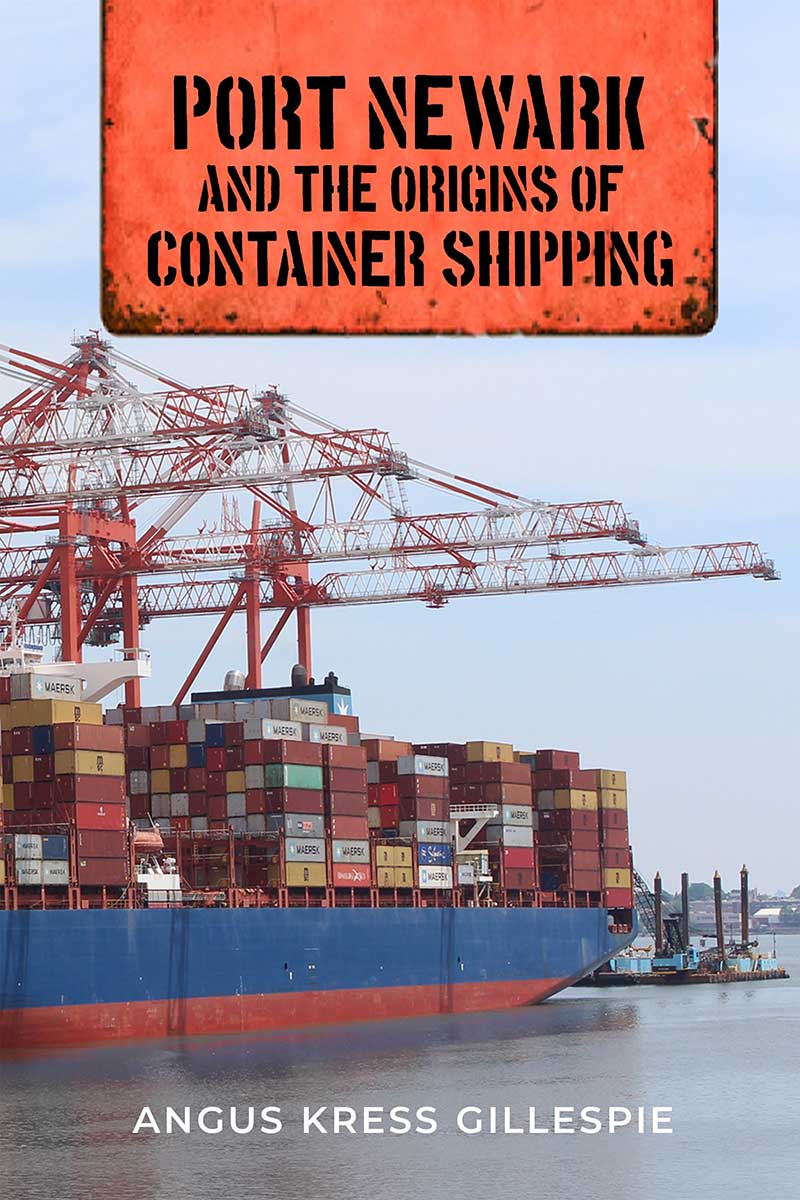 Port Newark and the Origin of Container Shipping by Angus Gillespie Newark’s ports began along the Passaic River, but the waters were too shallow to accommodate turn-of-the-century ships. Angus Gillespie, an American studies professor at Rutgers, traces the evolution of Port Newark from a dredged swamp to one of the most important wartime shipbuilding facilities and the birthplace of container shipping. 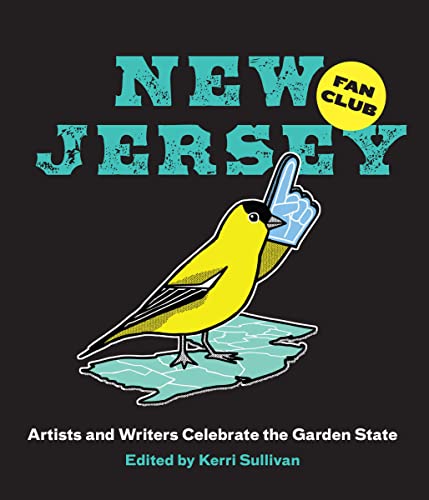 New Jersey Fan Club by Kerri Sullivan This collection of essays acknowledges the unwarranted snobbery of New Yorkers toward the Garden State. Is it really worse than Staten Island? Writers like comedian Chris Gethard and Brandon Stosuy, editorial director at Pitchfork, join the roster of writers who survived the pitfalls of their home state and now sing its unique praises. 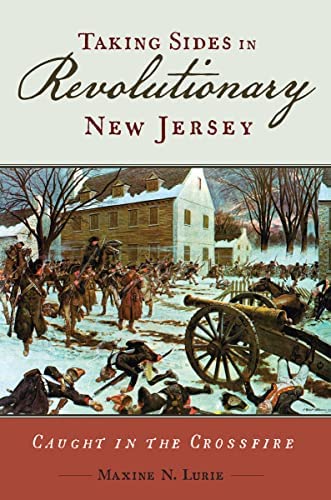 Taking Sides by Maxine Lurie The French and Indian War left behind a massive debt for the British Empire, leading them to raise taxes on the 13 colonies, and inciting what would become the Revolutionary War. With the Patriot stronghold in Philadelphia and the British stationed in New York, the Continental Army spent more time in New Jersey than any other place. The author, professor emerita at Seton Hall University, reclaims the central role our state played in this seminal moment in American history. Lurie explores the many factors, such as religion and race, that made colonists choose to fight for the British or the Patriots.

Blood & Ink by Joe Pompeo The death of a young choir singer and her lover, a married reverend who had married into the wealthy Stevens family, captivated readers as it played out in the pages of the New York Daily News during the Roaring Twenties. Pompeo’s story is as much about the scandalized aristocratic family living in New Brunswick as it is about the birth of tabloid journalism. Competing with movies and radio, tabloids provided bold photography, large print, and salacious stories for working-class commuters all spiked with three special ingredients: sex, money, and murder. As Pompeo writes, “The Daily News and its soon-to-follow competitors were poised to capture the excess of the age, and to chart its dark underbelly.” 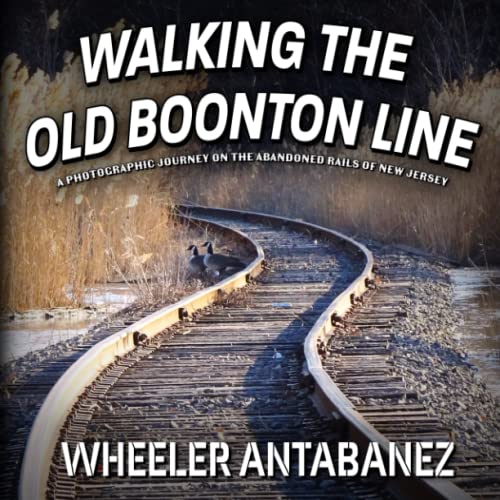 Walking the Old Boonton Line by Wheeler Antabanez This is the Montclair author’s second documented trek along an abandoned railway line. He first journeyed the length of the Newark Branch of the Erie Railroad to heal during the pandemic. This time he takes on the Old Boonton Line which traverses a no man’s land from Montclair to Jersey City that will soon become the nine-mile linear park called Essex Hudson Greenway. Antabanez is drawn to “Dirty Jersey’s” grittiness, and this collection of drone photography is his way of documenting this industrial wasteland before it becomes a manicured public space. 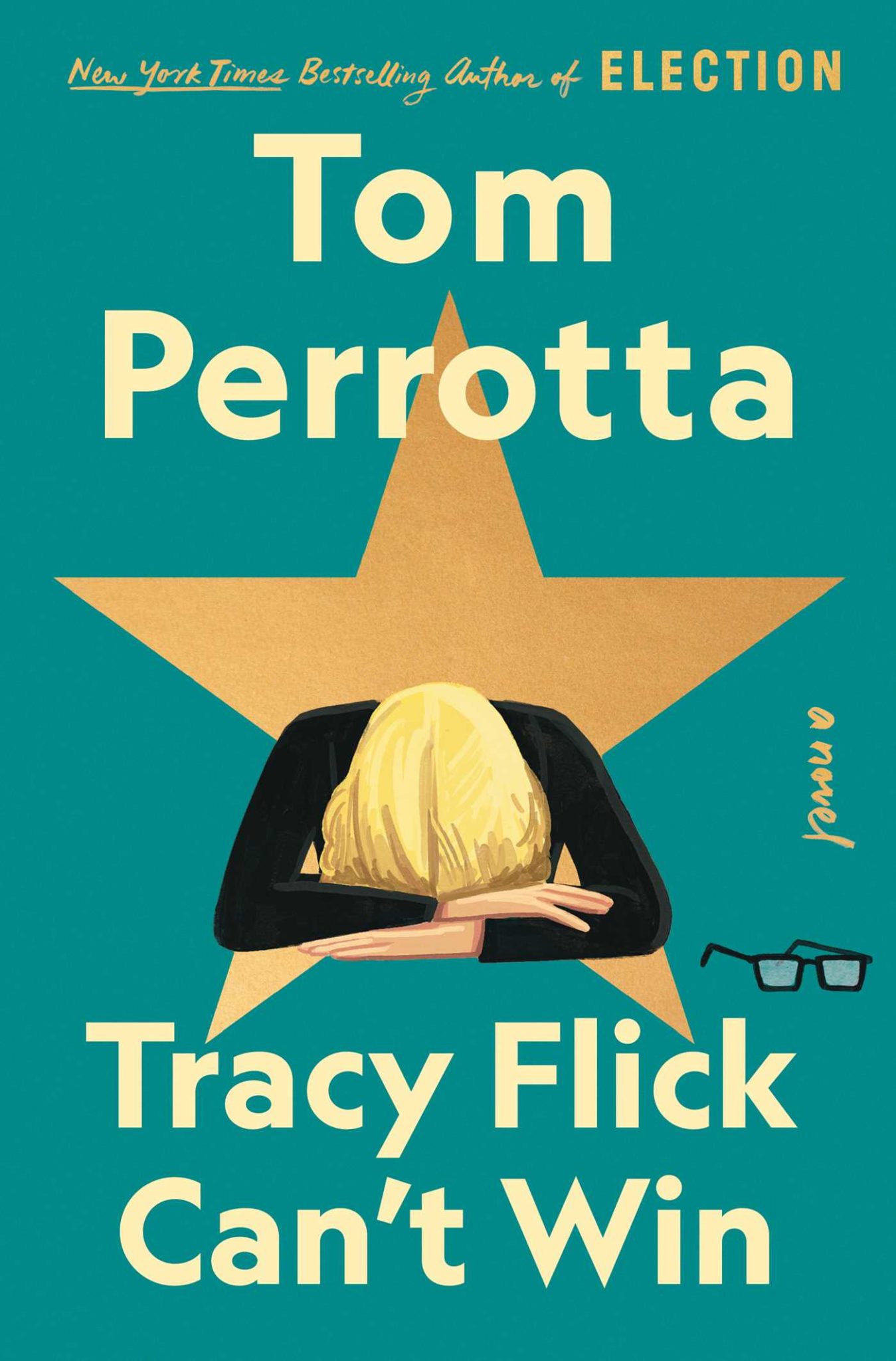 Tracy Flick Can’t Win by Tom Perrotta In Perrotta’s follow-up novel to Election, overachiever Tracy Flick returns as Dr. Flick, the thirtysomething assistant principal of a New Jersey high school. We learn her girlhood dream to become the first woman president had taken a detour while in law school. She and her colleagues have to navigate a changing world of Me Too, they/them pronouns, and ASMR influencers. But timeless themes — like falling short and redemption — are told through sharp and witty prose. 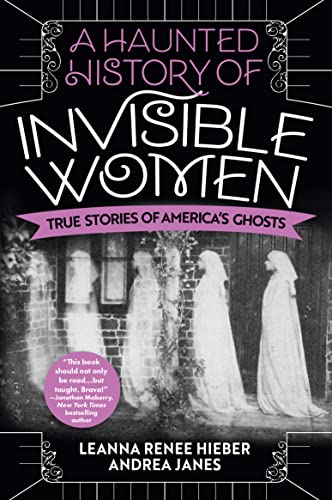 A Haunted History of Invisible Women by Leanna Renee Hieber and Andrea Janes Who better to pen a volume of scary stories than two Manhattan ghost-tour guides? Janes and Hieber not only bring to life these true crime stories but examine the place these conventions have in popular imagination. Many of the tragedies they cover take place in New York, like the Triangle Shirtwaist Factory fire that killed 146 factory workers — including girls as young as 16 — due to workplace hazards and building design flaws. One of the essays examines the case of Mary Rogers, whose death at Sybil’s Cave in Hoboken became an inspiration for Edgar Allan Poe’s detective series. 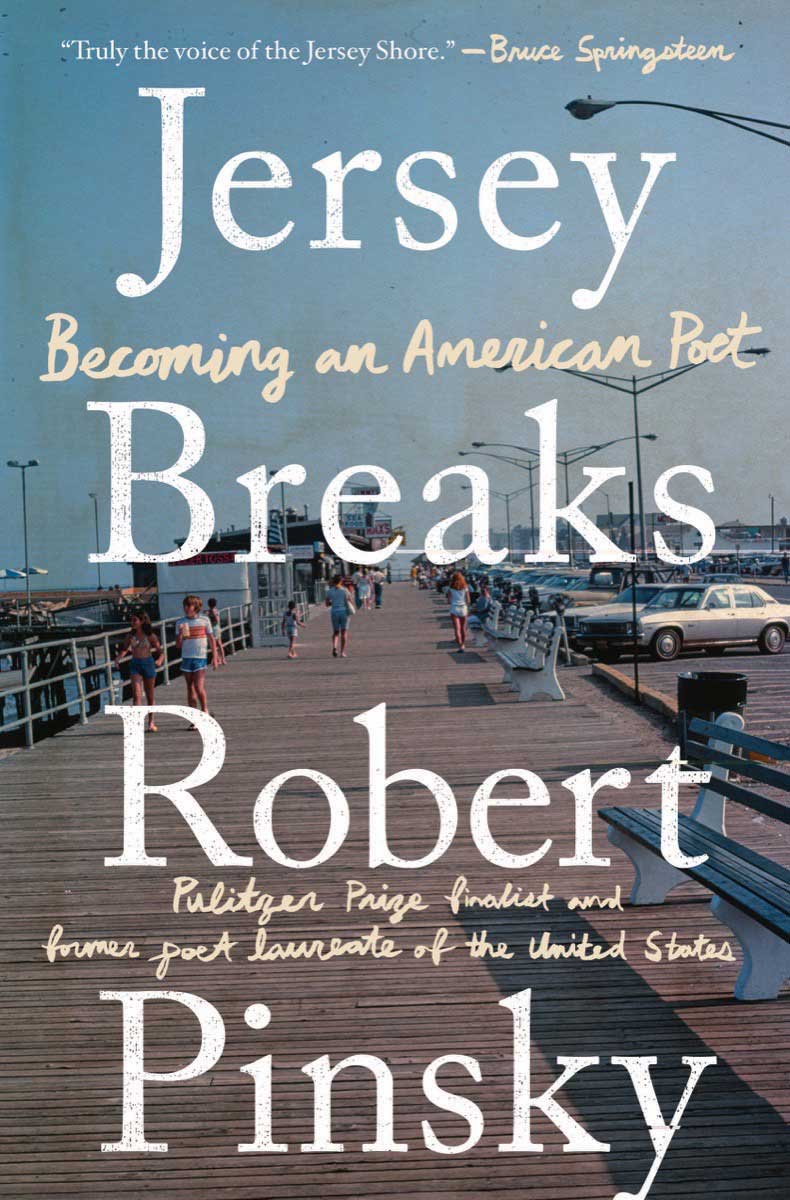 Jersey Breaks by Robert Pinsky In the state poet laureate’s autobiography, Pinsky muses on his upbringing in his beachfront hometown, Long Branch, and the people and literature that shaped him. Born in a poor neighborhood in the 1940s, a time of segregated beaches and open antisemitism, Pinsky dissects his career path and American culture, which he calls an “unfinished, defective, and sometimes glorious project.”

The History of New Jersey Diners and Stories from New Jersey Diners by Michael Gabriele The award-winning historian and food writer won praise for his back-to-back books about diners. Gabriele’s first book — The History of New Jersey Diners — charts the history of these casual eateries from their humble beginnings as horse-drawn lunch wagons that were parked outside factories in Elizabeth. Decades later, these working-class hangouts became the meeting place of the intelligentsia. The first book was so successful, his publisher twisted his arm to write another edition. In his second book, Stories from New Jersey Diners, published in 2019, Gabriele travels across the state to hear stories about the owners behind the counter. An entire chapter is dedicated to North Jersey — readers will find a few familiar haunts like the Truck Stop Diner in Kearny and the City Diner in Jersey City.

History lovers should stay on the lookout for Michael Gabriele’s new, still untitled book about pre-Revolutionary War New Jersey published by The History Press next spring.